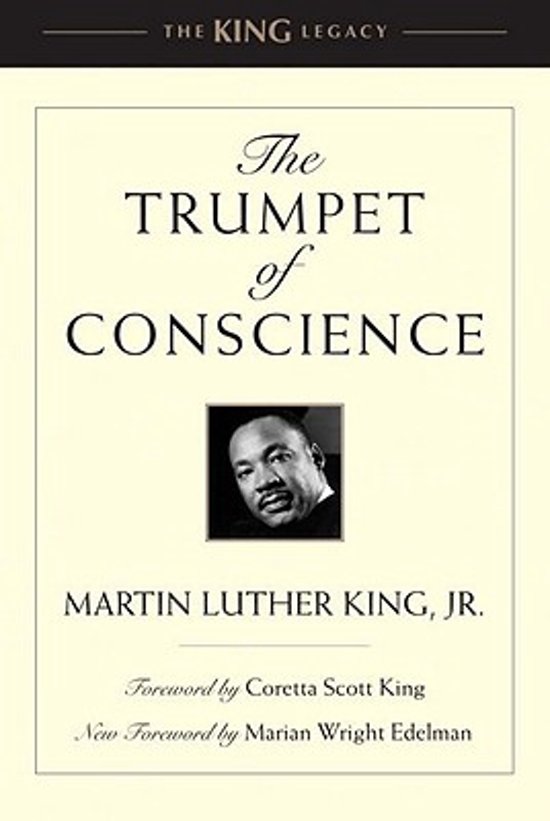 In November and December 1967, Dr. Martin Luther King, Jr., delivered five lectures for the renowned Massey Lecture Series of the Canadian Broadcasting Corporation. Immediately released under the title Conscience for Change after King's assassination, it was republished as The Trumpet of Conscience. Each oration speaks prophetically to today's perils, addressing issues of equality, conscience and war, the mobilization of young people, and nonviolence. The book concludes with "A Christmas Sermon on Peace," a powerful lecture about nonviolence as a path to world peace that was broadcast live from Ebenezer Baptist Church on Christmas Eve in 1967.