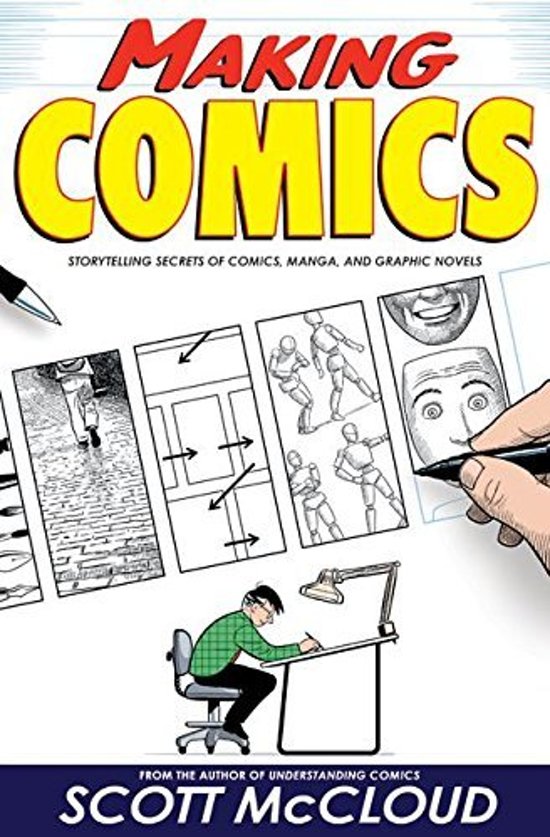 Magnificent! The best how-to manual ever published. - Kevin Kelly, Cool Tools Scott McCloud tore down the wall between high and low culture in 1993 with Understanding Comics, a massive comic book about comics, linking the medium to such diverse fields as media theory, movie criticism, and web design. In Reinventing Comics, McCloud took this to the next level, charting twelve different revolutions in how comics are generated, read, and perceived today. Now, in Making Comics, McCloud focuses his analysis on the art form itself, exploring the creation of comics, from the broadest principles to the sharpest details (like how to accentuate a character's facial muscles in order to form the emotion of disgust rather than the emotion of surprise.) And he does all of it in his inimitable voice and through his cartoon stand-in narrator, mixing dry humor and legitimate instruction. McCloud shows his reader how to master the human condition through word and image in a brilliantly minimalistic way. Both comic book devotees and the uninitiated will marvel at this journey into a once-underappreciated art form.