Howl and Other Poems 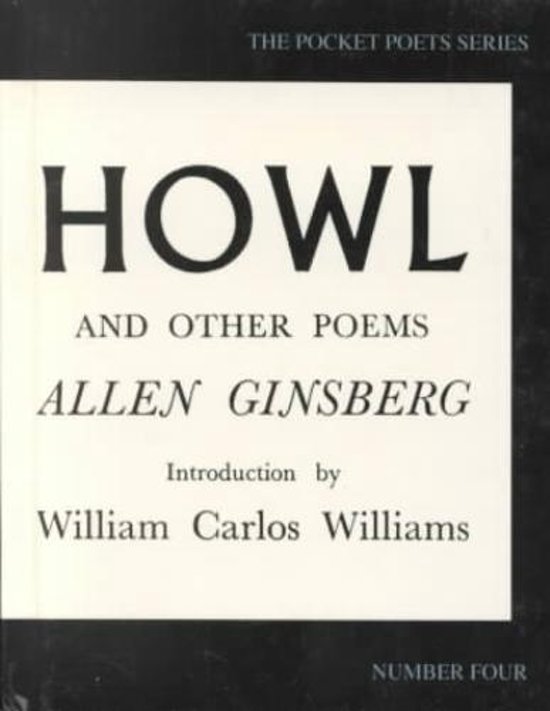 The prophetic poem that launched a generation when it was first published in 1965 is here presented in a commemorative 40th Anniversary Edition. Allen Ginsberg's Howl and Other Poems was originally published by City Lights Books in the Fall of 1956. Subsequently seized by U.S. customs and the San Francisco police, it was the subject of a long court trail at which a series of poets and professors persuaded the court that the book was not obscene. Howl & Other Poems is the single most influential poetic work of the post-World War II era, with over 1,000,000 copies now in print. Howl was Allen's metamorphosis from quiet, brilliant, burning bohemian scholar trapped by his flames and repressions to epic vocal bard. --Michael McClure It is the poet, Allen Ginsberg, who has gone, in his own body, through the horrifying experiences described from life in these pages. --William Carlos Williams At the height of his bardic powers, Allen Ginsberg could terrify the authorities with the mere utterance of the syllable om as he led street throngs of citizens protesting the Vietnam War. Ginsberg reigned as the raucous poet of American hippiedom and as a literary pioneer whose freewheeling masterwork Howl prevailed against government censorship in a landmark obscenity trial 50 years ago. -- New York Times Fifty years ago, on October 3, Judge Clayton Horn ruled that Allen Ginsberg's great epic Beat-era poem HOWL was not obscene but instead, a work of literary and social merit. This ruling allowed for the publication of HOWL and exonerated the poet Lawrence Ferlinghetti, who faced jail time and a fine 50 years ago for publishing 'HOWL.' -- Pacifica.org Allen Ginsberg was born June 3, 1926, the son of Naomi Ginsberg, Russian emigre, and Louis Ginsberg, lyric poet and schoolteacher, in Paterson, New Jersey. To these facts Ginsberg adds: High school in Paterson till 17, Columbia College, merchant marine, Texas and Denver copyboy, Times Square, amigos in jail, dishwashing, book reviews, Mexico City, market research, Satori in Harlem, Yucatan and Chiapas 1954, West Coast 3 years. Later Arctic Sea trip, Tangier, Venice, Amsterdam, Paris, read at Oxford Harvard Columbia Chicago, quit, wrote Kaddish 1959, made tape to leave behind & fade in Orient awhile. Carl Solomon to whom Howl is addressed, is a intuitive Bronx dadaist and prose-poet.