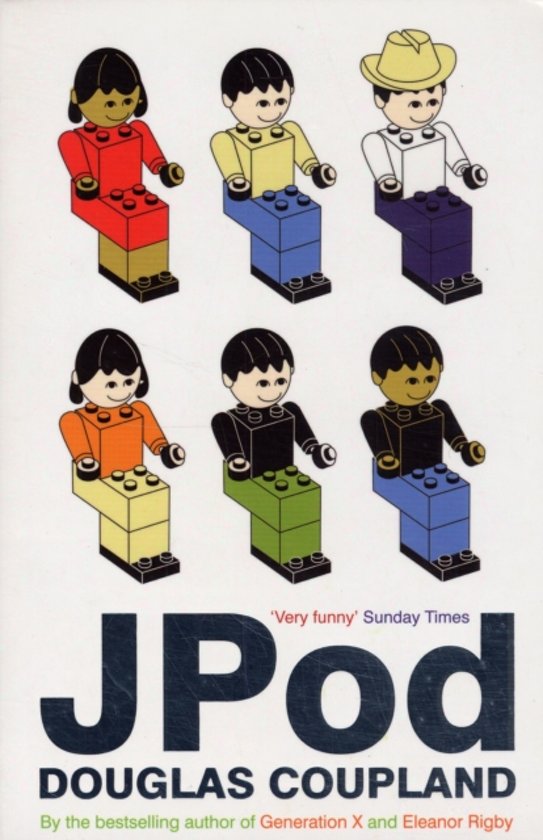 JPod, Douglas Coupland's most acclaimed novel to date, is a lethal joyride into today's new breed of tech worker. Ethan Jarlewski and five co-workers whose surnames begin with ''J'' are bureaucratically marooned in jPod, a no-escape architectural limbo on the fringes of a massive Vancouver game design company. The jPodders wage daily battle against the demands of a boneheaded marketing staff, who daily torture employees with idiotic changes to already idiotic games. Meanwhile, Ethan's personal life is shaped (or twisted) by phenomena as disparate as Hollywood, marijuana grow-ops, people-smuggling, ballroom dancing, and the rise of China. JPod's universe is amoral, shameless, and dizzyingly fast-paced like our own. Praise for JPod: ''JPod is a sleek and necessary device: the finely tuned output of an author whose obsolescence is thankfully years away.''-New York Times Book Review''It's to [Coupland's] credit that in JPod he's still nimble enough to take the post-modern man-too young for Boomer nostalgia and too old for youthful idealism-and drown his sorrows in a willful, joyful satire that revels in the same cultural conventions that it sends up.''-Rocky Mountain News ''It's time to admire [Coupland's] virtuoso tone and how he has refined it over 11 novels. The master ironist just might redefine E. M. Forster's famous dictate 'Only connect' for the Google age.''-USA Today ''Zeitgeist surfer Douglas Coupland downloads his brain into JPod.''-Vanity Fair